Statement from Allergy UK
People with severe allergies have been told they can use their EpiPens past their normal expiry date, amid a continuing shortage of the devices.
The medicines regulator said it had agreed to extend the use-by date of some EpiPens by four months.
It comes as parents told the BBC their children's supplies were due to expire in a few days, and they had been unable to get replacements.
The government says it is working with EpiPen's makers to resolve the issue.
EpiPens are the most common adrenaline auto-injectors (AAIs) and are prescribed to people with potentially serious allergies, such as to nuts, milk, fish, shellfish, eggs and some fruits.

People are recommended to keep two of the devices with them at all times for cases of anaphylaxis - a severe and sometimes life-threatening reaction often caused by allergies - as one is not always enough.
They can only be used once and usually have an expiry date that lasts for a minimum of 12 months.
There have been shortages of EpiPens in the UK and other countries for months.
There has also been a shortage of the alternative AAIs prescribed in the UK - Jext and Emerade - amid a surge in demand for them. 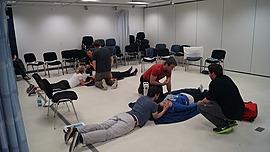